Most of us spend a third of our lives or more where? In the bedroom. But how many of us, feet held to the fire could draw a rough diagram of everything in the bedroom to the best of his or her ability? How many of us could make a reasonably rough sketch of every picture, photograph, or wall hanging in the very spot where we spend vast amounts of our time? Grab a couple sheets of blank paper right now and try it for yourself!

END_OF_DOCUMENT_TOKEN_TO_BE_REPLACED 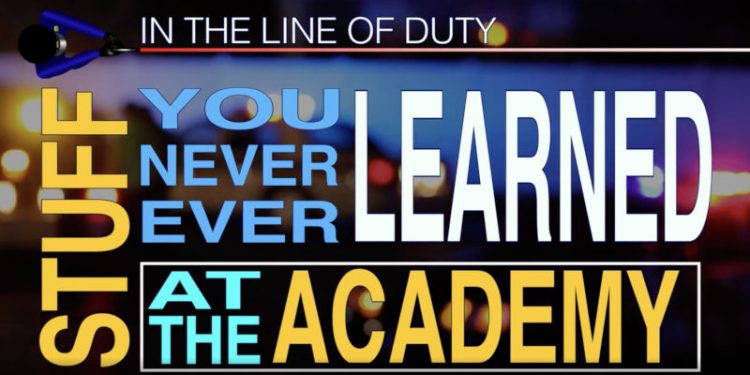 I am going to prove to you right here and right now that what you hear on this podcast is indeed stuff you never ever learned at the Academy. Oh, really? For example, does any Academy offer a single scintilla of guidance for cops who may someday need to use every deescalation skill at their disposal to deal with a possible invasion of alien?

END_OF_DOCUMENT_TOKEN_TO_BE_REPLACED

I know without doubt in my mind that a single incident can trigger vicious PTSD for a cop because I’ve heard it many times in their voices and seen it in their faces. Sergeant Mark De Bona talks about a baby dying in his arms after marks feverish efforts to revive him. I hear it in Mark’s voice to this day. Years later, he used to wake up in a cold, harrowing sweat after nightmares that he was going out to his mailbox and seeing the lifeless baby in it. I know Mark has dealt with so much as do most veteran coppers who’ve worked the mean streets for many years. When I interviewed the troopers who had responded to the murder of trooper Mark coats many years ago. It was exactly one year to the day of the horror and 12 months later I saw the anguish in their faces and heard it in their voices.

END_OF_DOCUMENT_TOKEN_TO_BE_REPLACED

In his excellent book, “We are the cop’s” British author Michael Matthews writes about his many ride alongs with American officers throughout this country. It’s a hell of a read and I highly recommend it to you.

END_OF_DOCUMENT_TOKEN_TO_BE_REPLACED

The material contained on the following program is designed for informational purposes only. It is not intended to replace existing training policies or guidelines of individual law enforcement agencies.