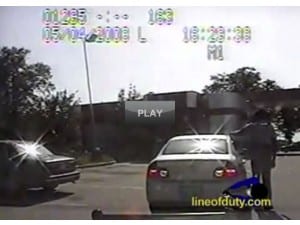 In this program, a South Carolina State Trooper makes a broad-daylight traffic stop at a busy gas station and is nearly shot to death. As he pulls the vehicle over he notices there are three occupants, yet everything seems normal at first. The driver, though unable to produce any form of identification, appears cooperative. In fact, he even seemed to be helping the Trooper by not immediately pulling over on the side of the highway but by waiting to pull into the crowded parking lot of a gas station. Initially, there is nothing to arouse his suspicions yet little does the trooper know that in a few minutes he would be in a gunfight for his life. There are many lessons learned in this program including the important reminder to never take for granted what seems to be a low-risk traffic stop.